This post describe the procedure used to verify that ArduiPi board is working correctly.

Of course, until action is done on Raspberry PI, 3 of theese tests will fail, the tests of communication between Arduino and Raspberry PI (I2C, SPI and Serial) should display — instead of OK

Here below a screen shot of what should be displayed 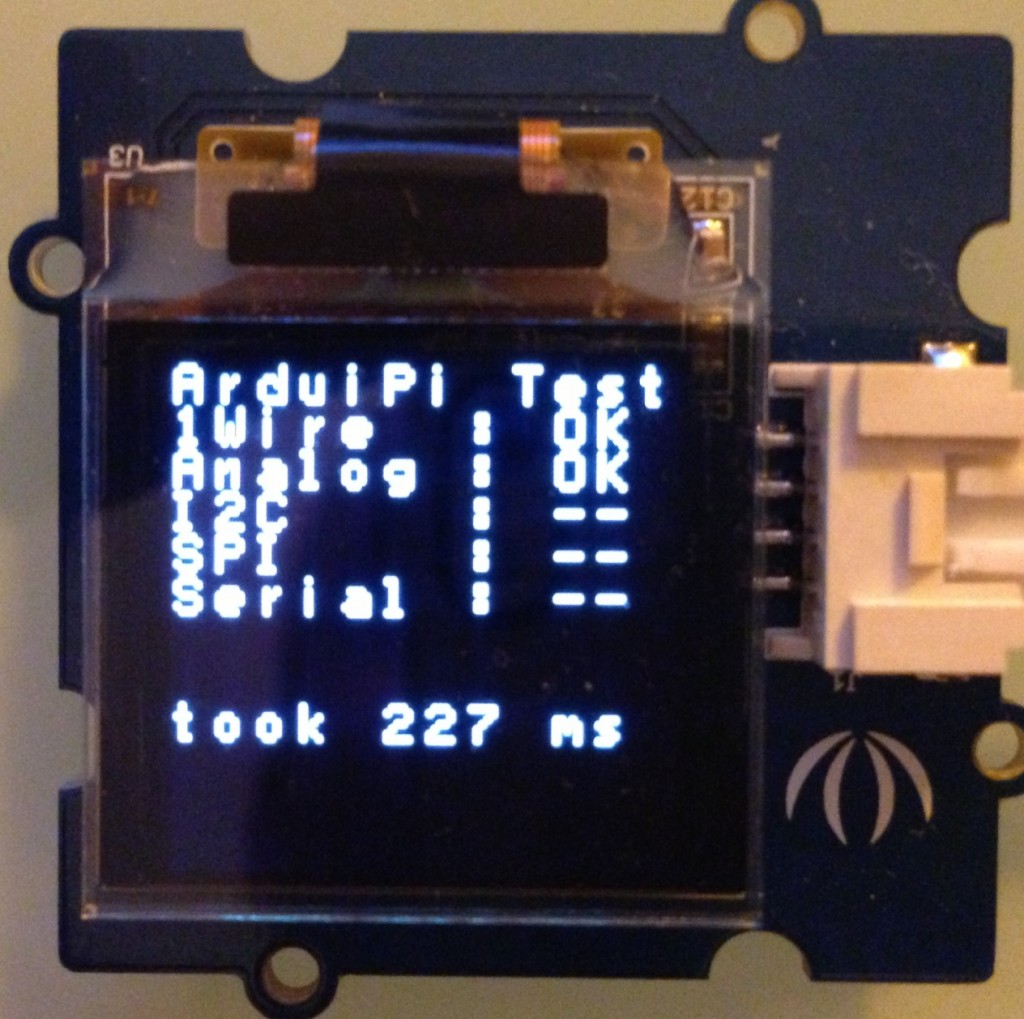 I am connecting to Pi with ssh, once you’ll on the Pi issue the following commands to be able to compile. Because you will need the compiler and some others tools :

Free up the serial port used by the Linux console

Please check the post I already wrote for enabling the serial port on Raspberry Pi, follow the procedure.

By default I2C and SPI modules are disabled onto Raspian Wheezy version. You need to enable the kernel modules to be able to use SPI and I2C. to do so, edit the file raspi-blacklist.conf do disable the blacklist module

Then comment the two lines that are blacklisting the modules adding # before, this should be something like that :

Verify that the file /etc/modules contains the following lines and add them if it is not the case to autoload these modules at bootup.

After reboot check that the modules are loaded, you should see both i2c_bcm* and spi_bcm*.

To drive the Raspberry PI I/O ports I decided to use the small and pretty cool library named WiringPi from here. You need to install this library on the Raspberry, follow this tutorial for doing that. Thank to Gordon for this excellent job.

The ArduiPi program is located into folder raspberry/ardupi. To build it, Issue a :

If all went well, the aruipi program has been installed into /usr/local/bin folder. Check this out using a :

Ok all seems fine, now deep test the ArduiPi board

Goto the folder containing the test_board shell script that need to be launched on the Raspberry Pi.

This script use WiringPi command so remember that this need to be installed onto the Raspberry Pi as indicated above so as the ArduiPi executable.

To be sure the first time, set the script to executable issuing a :

Now you can launch the script from Raspberry by : 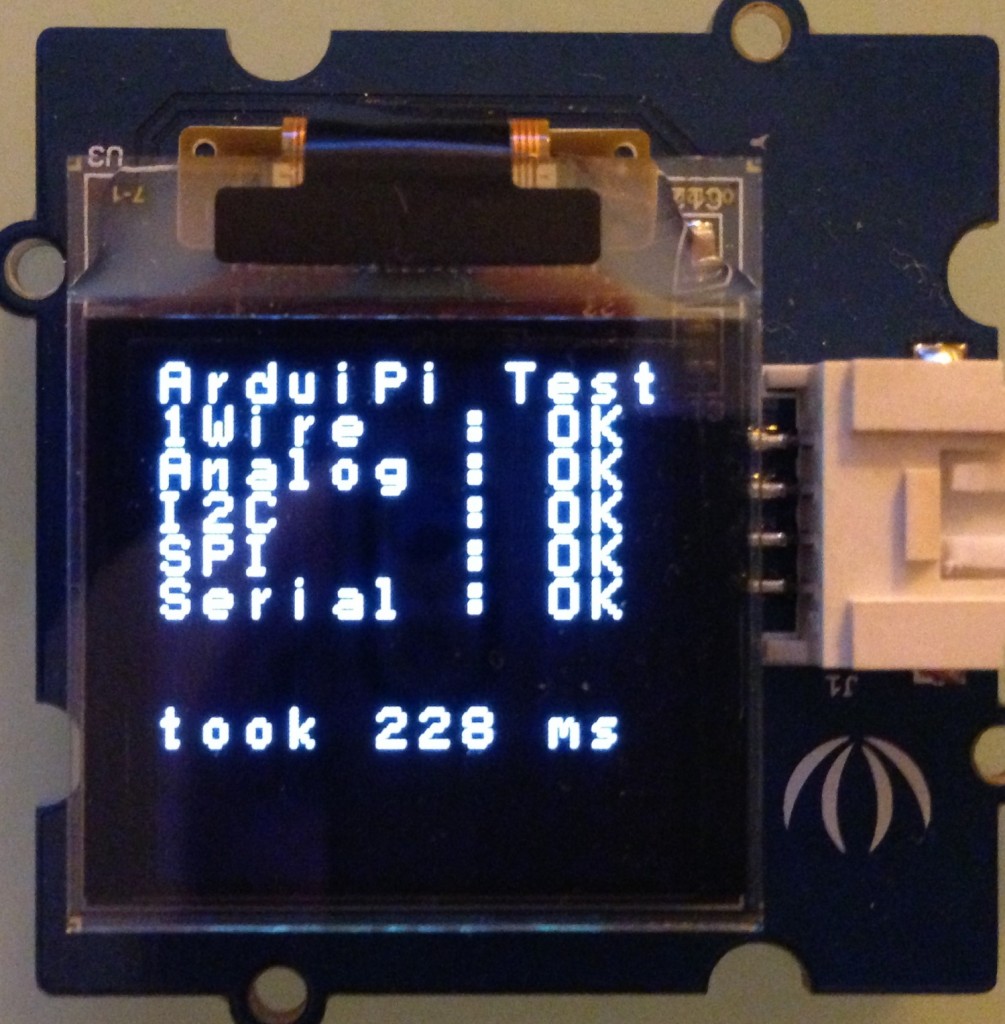 You must also test the 2 free pins by pressing the tactile switches on the test board. SW1 should lit LEDFREE1 and SW2 LEDFREE2

If all these steps worked, ArduiPi board is working fine, and I hope you will have fun with it.