ArduiPi is a shield for Raspberry Pi that brings Arduino low level extented I/O to Raspberry Pi This project is now finished and the ArduiPi board available in Seeedstudio shop. Edit 03/17/2014 : New revision of ArduiPi board is now available, version is V1.1. The changes are :

Here are pictures of new board Version 1.1  : 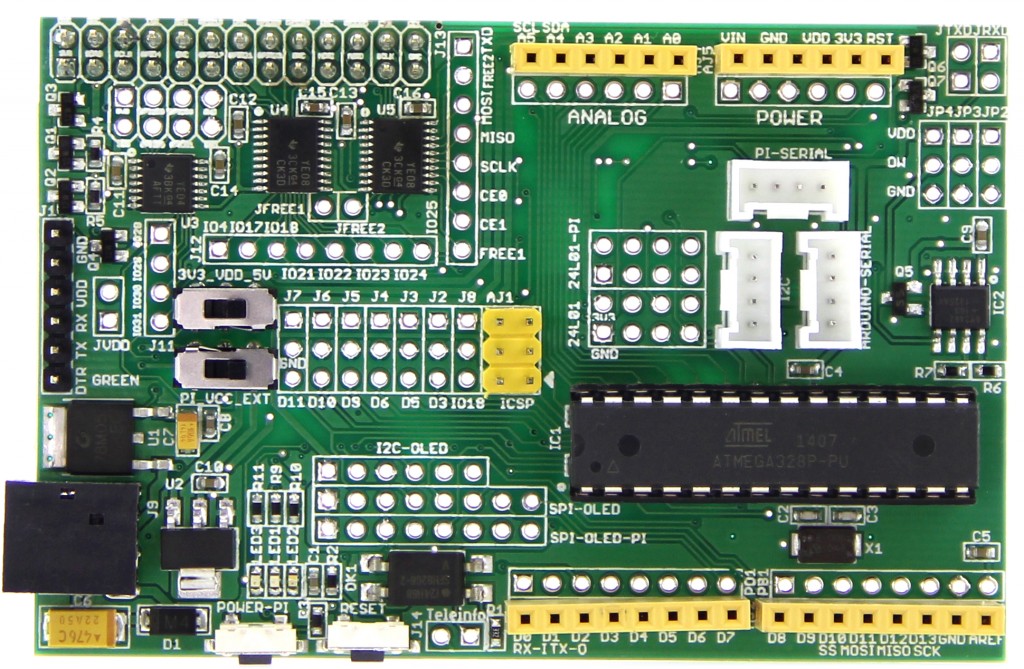 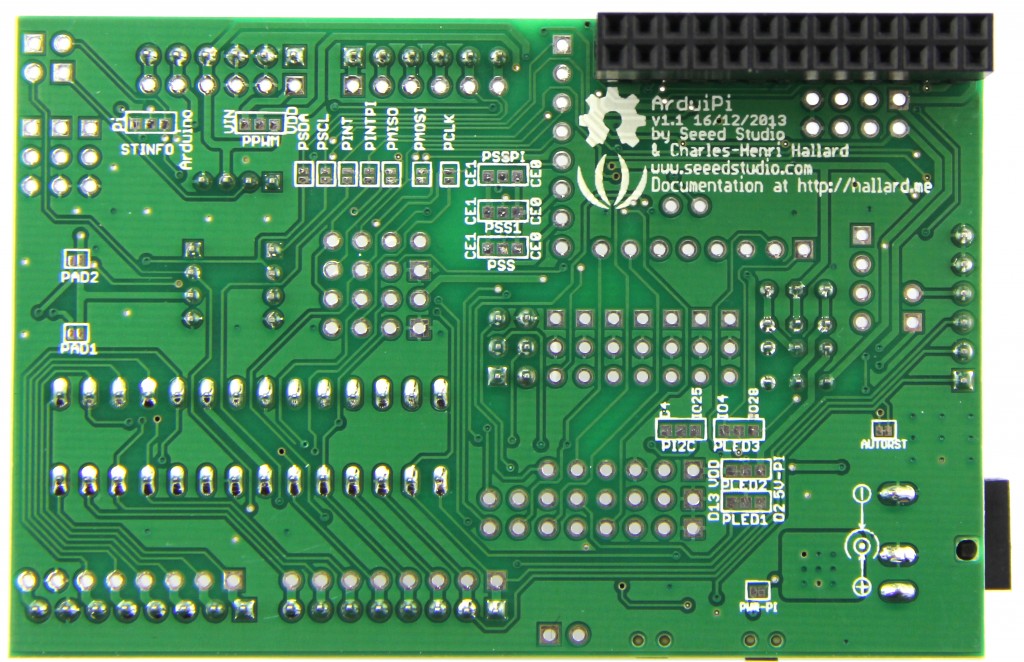 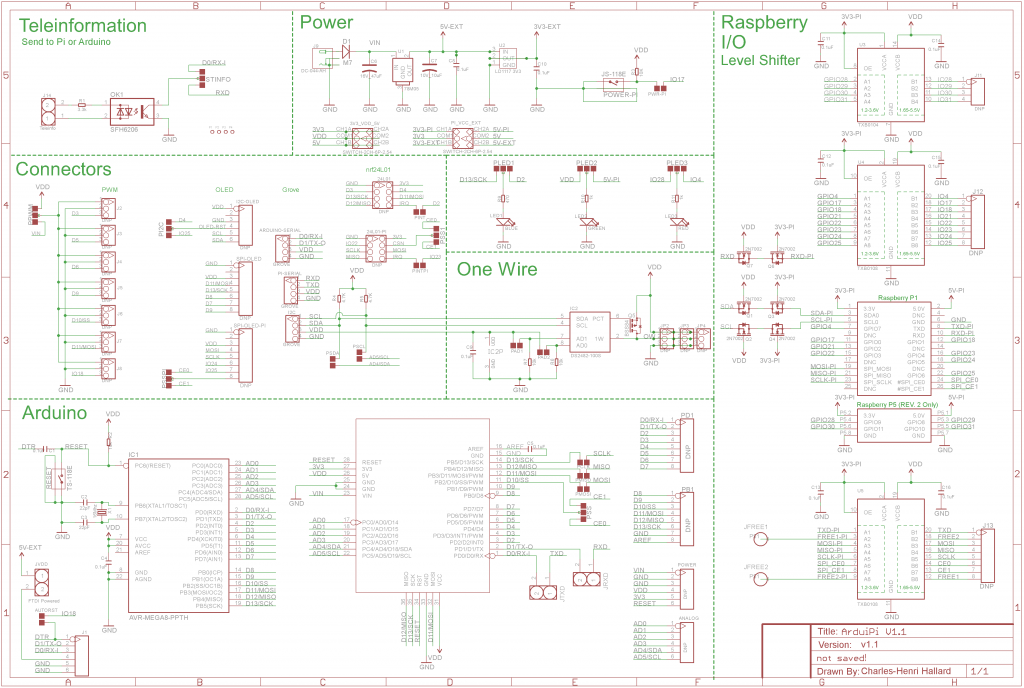 Why another shield for Raspberry or another Arduino board ?

Well, quite simple, Arduino is pretty cool but as soon you want to connect it to network, shield are quite expensive and web server will take lot of space into your Arduino and taking some functions off (such as SPI). That why Raspberry come, it cost less than a Arduino official shield and can do lot high level thing such as web server, database, home automation, … But the drawback is that is I/O ports are quite complex to use and not so efficient than a Arduino. That said, this is why I think Raspberry and Arduino could get married :-), let then talk together and assign task to the most competitive one.

What are the main capabilities of this shield board ?

Wow, I get excited ? Could you talk about the functionnalities ?