As I had some questions by mail about my SSD1306 SPI and I2C driver port for Raspberry, I decided to get back to this driver and write some documentation.

The first time I wrote it, I tested with SPI oled but did not test with i2c because Adafruit I2C OLED display was not in stock. But for now, I have one and I will to verify that it is working also with I2C.

The SPI display use more pins than the I2C version, has I connected it to a ArduiPi board the connections are already done on the board so nothing to do, but if you want to do it with cable you should do it as following /

I am connecting to Pi with ssh, once you’ll on the Pi issue the following commands :

To be able to compile you will need the compiler and some others tools, issue a :

To drive the Raspberry PI I/O ports I decided to use the small and pretty cool library bcm2835 from Mike. I added some functionalities so I included directly in build so you do not need to install anything. The features added are :

Bryan found a problem because i2c and bcm modules were not started and thus he cannot start the sample code. He gave us the solution to start the modules at startup by adding the two following lines into the file /etc/modules

These lines was enabled by default on my Adafruit distribution, that is why I did not had it.

The SSD1306 Driver is based on Adafruit Arduino library, I just ported the code to be able to compile and run on Raspberry Pi.

The driver is compiled into a library with all functions, including driving OLED with SPI or I2C and driving 128×32 and 128×64 LCD size. The LCD size and driving mode is now on the new init function of the class, no need to compile with #define

Get all the file from github dedicated repo :

The buid install process is in the Makefile, so issue a:

The new build script will compile the library (libssd1306.so.*) and install it for you (this is why need sudo) library in /usr/local/lib/ and library headers in /usr/local/include/

Go to the examples folder and issue a :

Plug the OLED on your ArduiPi board (or manually wire), and you’re in,

You will see help and OLED supported

For now the Seeed OLED are not yet supported, I will work on this soon

So launch the following command to use a Adafruit SPI 128×32 OLED :

This one with SPI OLED 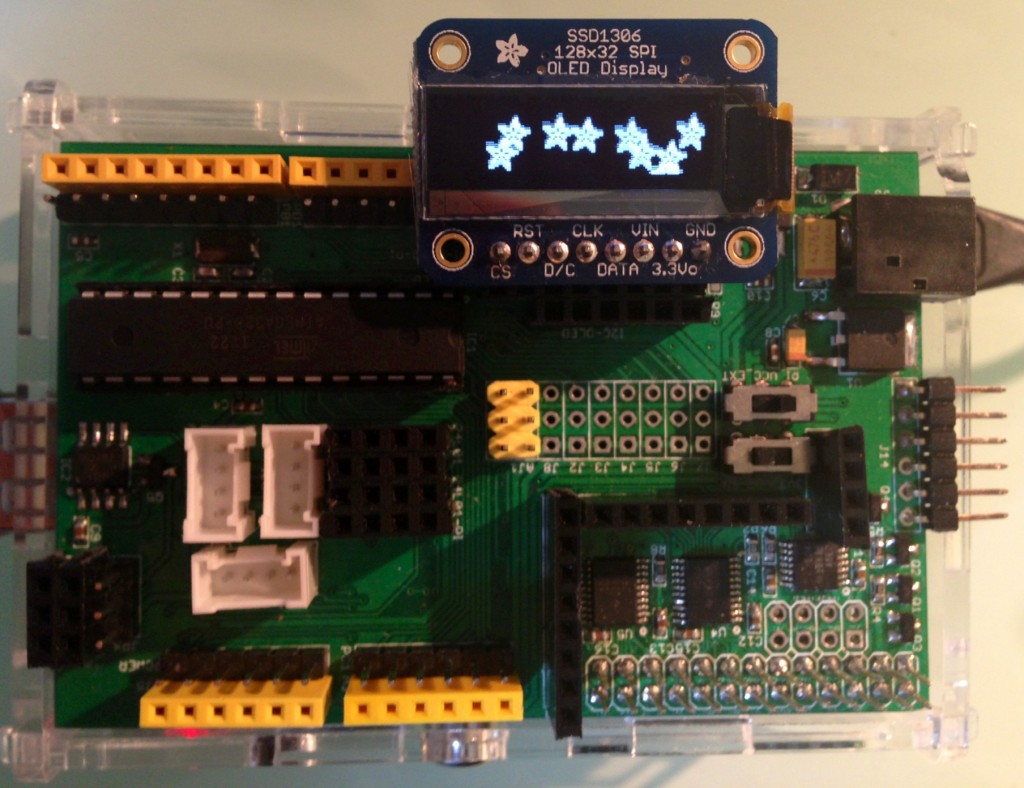 The second with I2C OLED 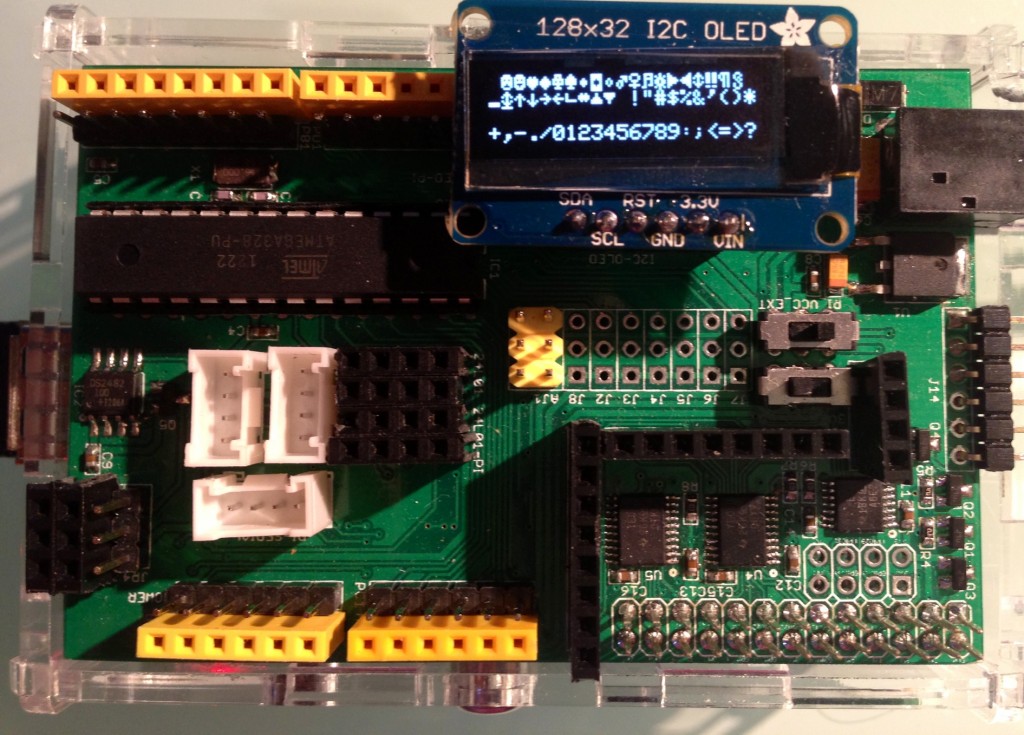 Next job will be to add to this library the Seeed 96×96 OLED that is pretty fine, see below, but for the picture below it is driven by the Arduino side of ArduiPi board when doing test with ArduiPi test board 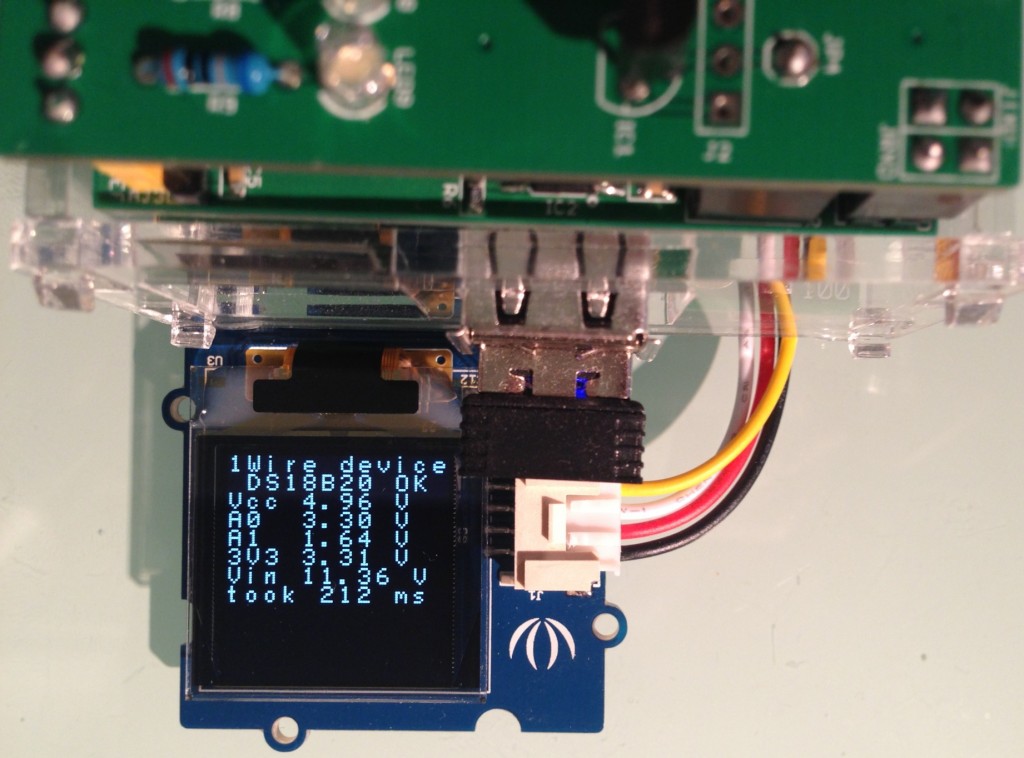