From long time I wanted to have a logic analyzer to develop and debug my embeded modules such as Arduino or PIC.

So last day I decided to find one on ebay. Of course the hardware need to be small and cheap but the software need also to be easy to use and fine. USB version was the choice I wanted to be able to put in any computer.

I saw on different post explaining some bus function such as I2C and SPI that lot of users where using Saleae software. On the site you can buy the Logic Analyzer for $149 which was too expensive for my needs.

Then I discovered a compatible module on ebay that drive me to Pandatron site. They have shop worldwide and I decided to buy one. The price was $45 with free shipping to France. They also sell the probe kit to connect for about $15. 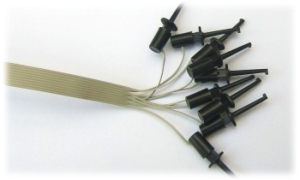 but I did not bought it because I already had the Bus Pirate Probe Kit bought at seeedstudio for $5, thus it have colored wire, that is much better to find when prototyping and of course has the same connector type, it fit correctly onto the Pla8 module. 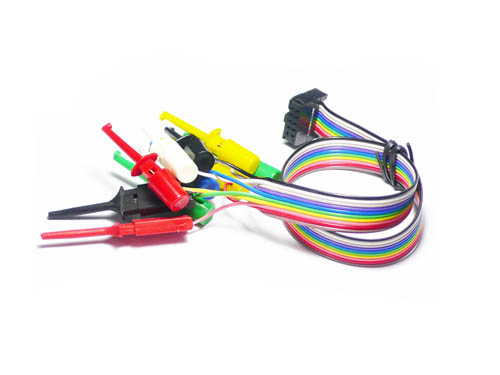 The pla8 item was in stock but they took about 14 days to ship me the item and needed to send them 2 emails to try to accelerate the process. Once shipped, it took about 5 days to come.

Quite long but now I got the module. It is this one : 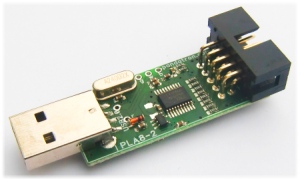 You can find the software on the vendor site or even on saleae downloads. The sofware is multi-platform so can be used on any computer, if you are on Windows, use the 64 bits or 32 bits version depending on your Operating System. Mine is Seven 64 bits. I will not describe the installation here.

When I wanted to connect the probe kit, I needed the PLA8 schematics to know where was the ground on the connector. I spent some time to find it, but here it is 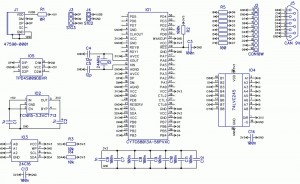 Has you can see, the ground is located on pin 1 and 2 of the connector, so on my Bus Pirate Probe Kit it is the big black (so lucky) and small yellow probe like below. You can use whatever you prefer, but Black is more standard (sorry for the previous post, the probe kit pin numbering I described before was wrong, took me time to understand why it was not working, now the image below is the correct one. 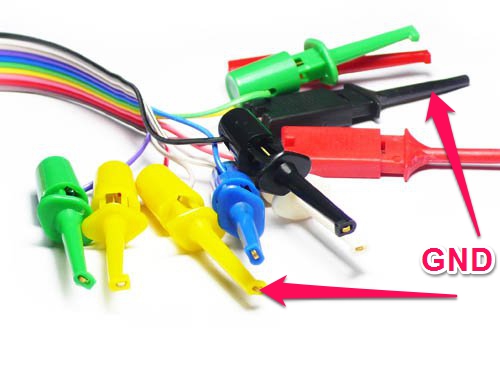 I was working on the arduipi project and decided to try it on the i2c, SPI and 1-Wire bus, but for this example, I just connected two probe pin to SDA and SCL pins to see the communications,

During the port of Adafruit SSD1306 OLED library for ArduiPi project, I had problem with I2C bus, so I decided to check with this logic analyzer to show I2C transmission, then I found the problem much faster.

I connected Ground, SCA, SCL and reset pin to the probe, then launched the Logic software.

Few second later after searching with zoom, I had the following result :

It works !!!, you can zoom it, zoom out and I2C protocol is decoded by the logic Analyzer indicating the values transmitted on the bus. Very pretty good software.

Without this kind of product, sure I did not had any change to find my problem, so from my point of you, if you code and work with electronics and bus such as SPI, I2C, 1-wire, this cheap tool is a “must have”